Many game types include collidable areas which deal damage over time to characters or enemies within the area. This type of behavior can be accomplished in Glue with a little setup. This post shows how to implement damage over time using standard entities.

Damage Over Time vs. Simple Collision Entities which deal damage over time are not destroyed upon collision. These entities require special logic for more complex behavior. Specifically, these entities must:

Checking collision between damage-dealing entities and entities which can receive damage is no different than other collision – a relationship with a collision event handler is all that is needed. For example, the code might look something like this:

In the code above, the PlayerInstance is assumed to be a single entity which can receive damage and the DamageAreaList is a Glue list of entities which can deal damage. Of course, both the Player and DamageArea entities are assumed to implement the ICollidable interface.

Damage frequency may be defined on the entity itself as a simple variable, or may be defined in a more complex structure such as a data state or CSV. In the simplest case, a variable can be added as a static variable to the damage-dealing entity. The most complicated part is writing the code to deal damage according to a set timer. When writing this code we must keep a few considerations in mind: 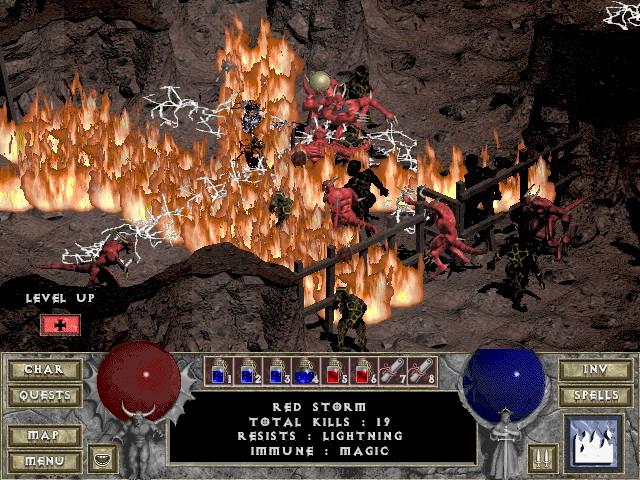 To support this functionality, any entity which may receive damage will need to keep track of the last time it receives damage, and only allow damage to be dealt if enough time has passed since the last time damage was dealt.

This can be accomplished using a Dictionary which associates the damage dealing entities with the last time damage was dealt, as shown below:

In this case, the Player is responsible for reporting whether it can receive damage. This can be done in a function similar to what is shown below:

The code above uses the Dictionary to determine if the player should take damage from a DamageArea. Note that when a DamageArea is first added to the Dictionary, its Destroy event is subscribed to so that it can be removed. This is important or else the Player would accumulate DamageArea instances over time.

The code above requires that the DamageArea implements a Destroyed event. Fortunately this is easy to add, as shown in the following code:

The TryTakeDamage method must be called whenever collision has occurred. It will return whether damage is actually dealt. This should be called from the collision handler in the screen, as shown below:

The code shown above is pulled from a simple demo project. You can download it and give it a try yourself here:

To see it in action, run the app and click the mouse to place a damage area. Each damage area deals 10 HP of damage every second. This is visualized with rising text from the player (white circle).

Also, the project can be opened in Glue and modified easily, so download it and give it a try today!