The InterpolateBetween method allows you to combine two states to create an in-between state. For example, consider a ProgressBar Entity that shows the player’s progress on a quest. The progress percentage may be any number, and creating one state for each number (1%, 2%, 3%, 4%, etc) is tedious and impractical. The InterpolateBetween can simplify this by allowing two states to be combined (such as a EmptyState and FullState).

The InterpolateBetween method signature is as follows:

The interpolation value is a float value which determines how much of each state should be applied. Usually this value is between 0 and 1, although it doesn’t have to be. Values outside of the 0 to 1 range may be used, but we’ll consider the most common range for this discussion.

For this example, consider an Entity with two states: Large and Small. We’ll assume that the states have the following

Let’s look at some simple examples:

This example is similar to saying “Interpolate 0% of the way from the Small state to the Large state”. If we were to draw this on a graph, it might be something like this:

In this case, the above code is identical to simply setting the CurrentState to VariableState.Small.

is the same as setting the CurrentState to VariableState.Large.

But what happens when a value other than 0 or 1 is used? Let’s look at the value of .5:

Let’s look at the math behind that. An average is a special type of interpolation which can be simplified to as follows:

In the case of ScaleX:

Another way to express this (which will be helpful in the following discussion) is:

Which can be expanded to:

While this may seem pointless, it will help us understand the math behind interpolation in a more general sense.

Another way to think about the value above is to think of it as a combination of the two states, with 50% Small and 50% Large.

So let’s look at the last (and most complicated example):

This is similar to our example above, except that we aren’t using a 50/50 split. The following graph shows what the split might look like visually:

Notice that the there is “more Small” than “Large” in this situation. Specifically, there is 70% Small and 30% Large. Therefore, the formula is:

Or to use ScaleX as an exmaple:

This example shows how to create a simple progress bar and how to fill it according to a percentage complete (between 0 and 100).

To create a ProgressBar Entity: 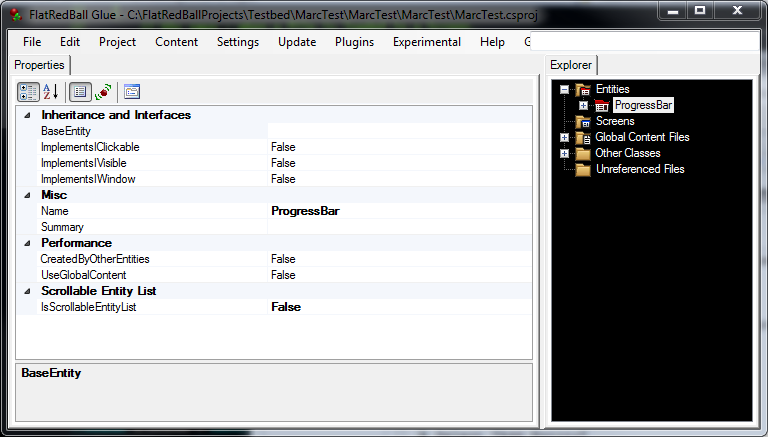 Next we’ll create the objects in the ProgressBar: 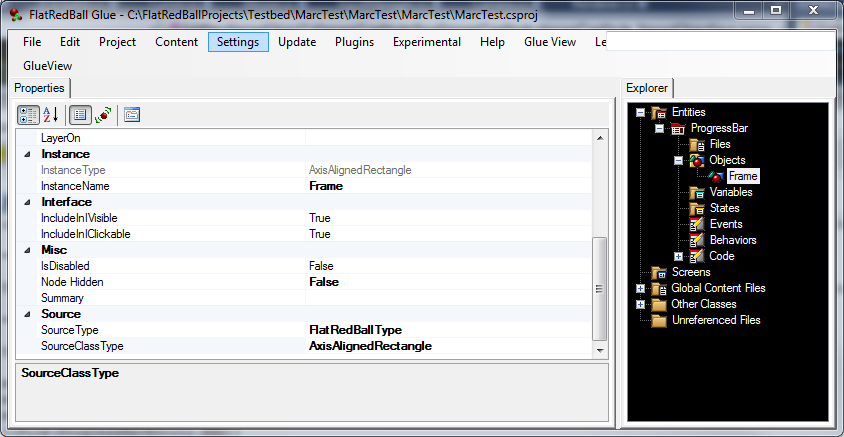 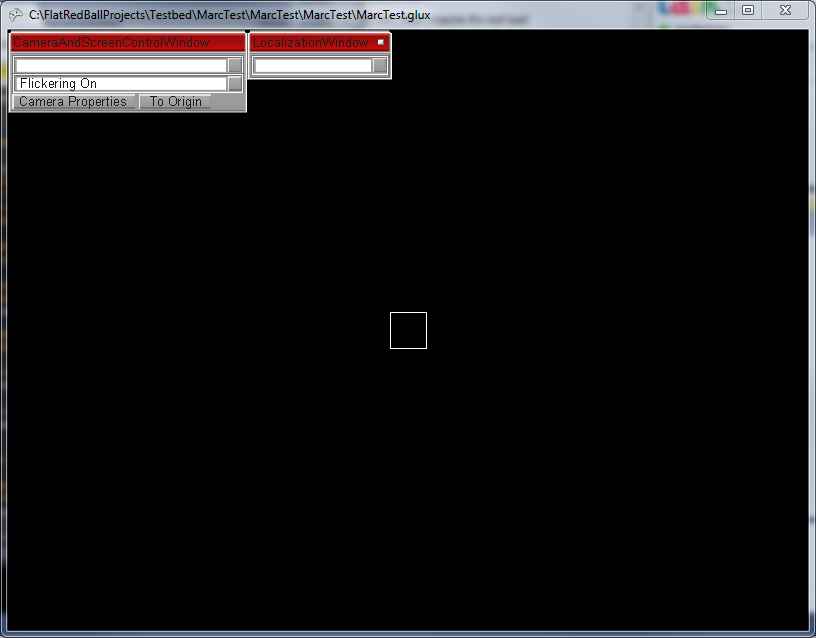 To create the Fill object: 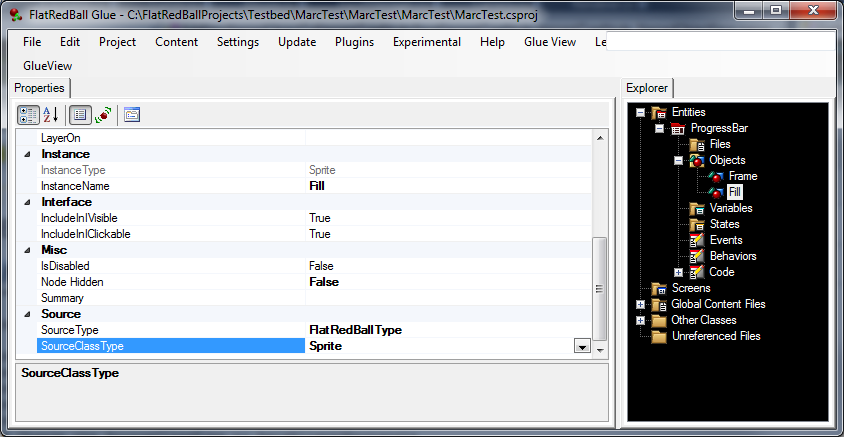 Next we’ll tunnel in to the variables of our objects. To do this: 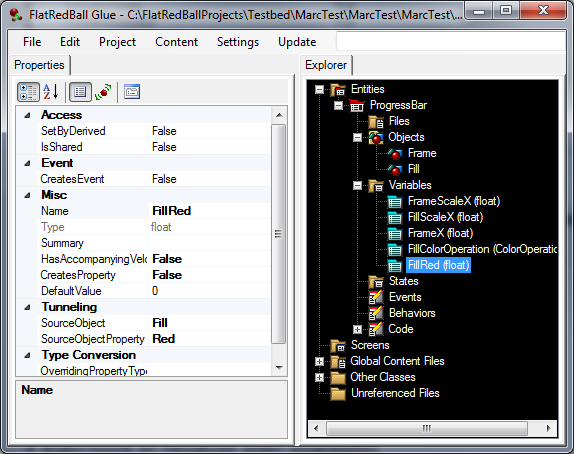 Before creating the states we’ll set some default values for the variables: 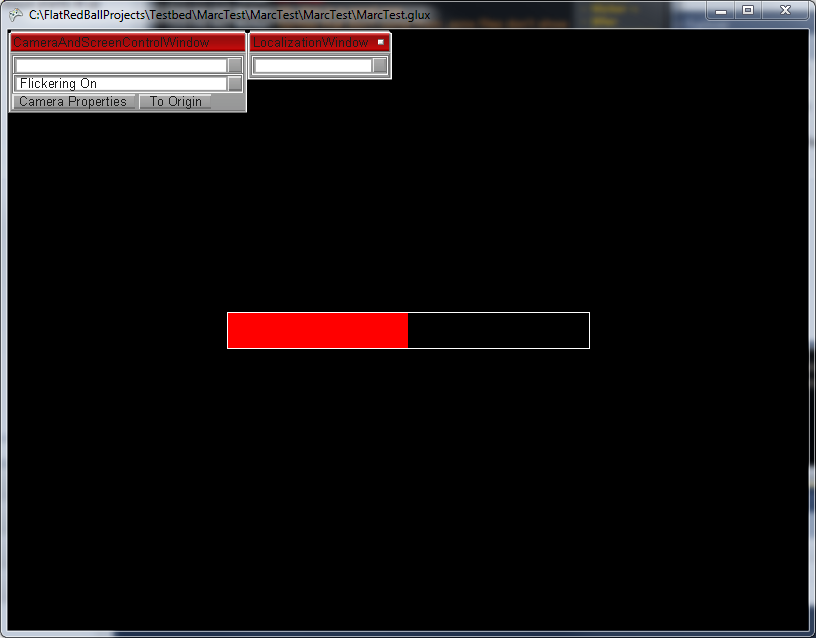 Now that all variables are created we’ll make the first state:

Notice that both FillScaleX and FillX have the wavy blue icon – this indicates that the values can interpolate. In other words, when we interpolate between the Full and Empty states any variables that have this icon will combine depending on the value we pass to InterpolateBetween. 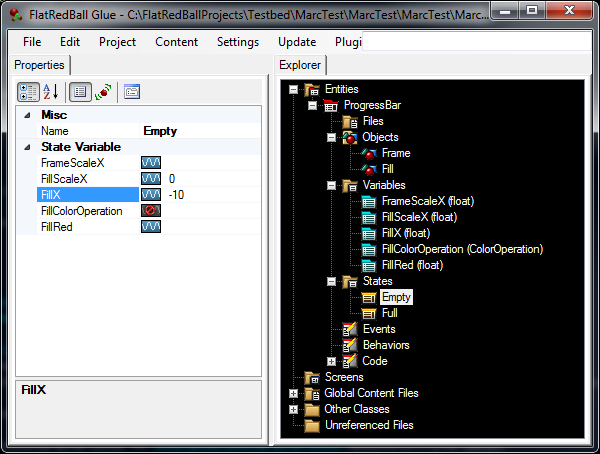 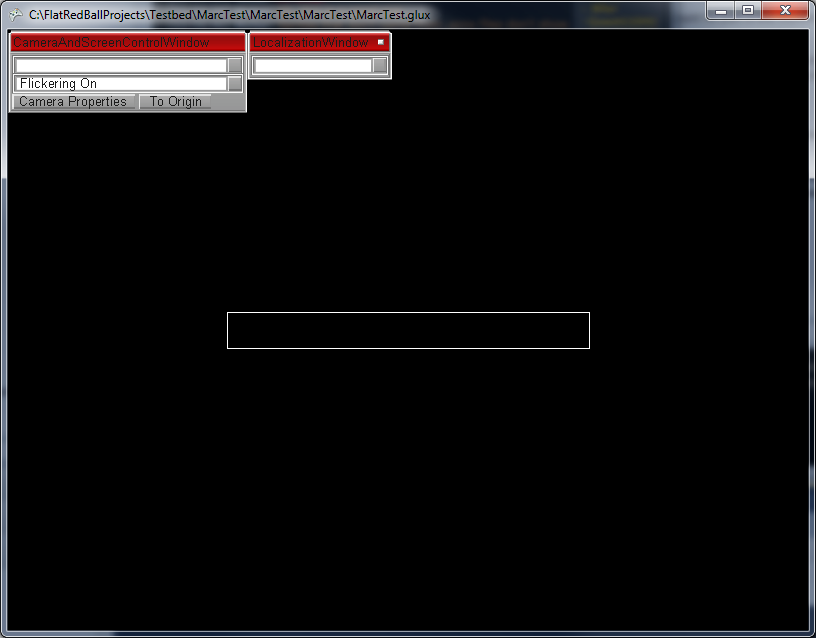 Next we’ll define the “Full” state: 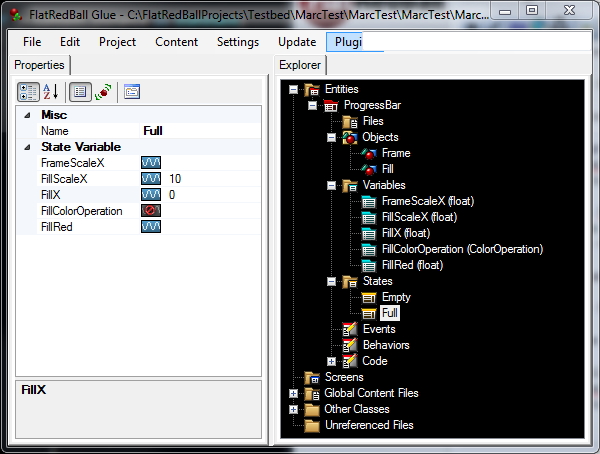 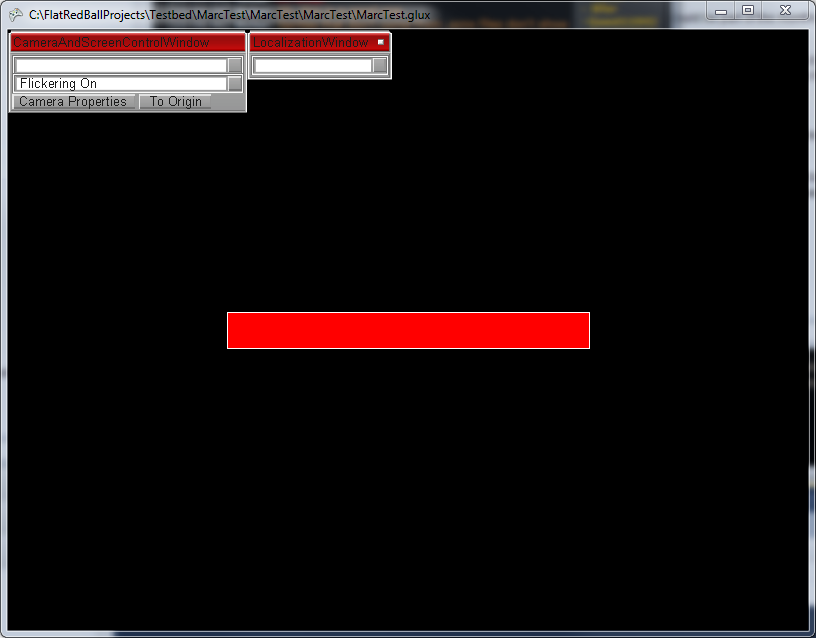 To view our Entity in our game we need to create a Screen to hold an instance of the ProgressBar:

Adding the Percentage property to ProgressBar in Code

Finally we’ll use InterpolateBetween in code. To do this:

Changing the Percentage at runtime

Finally let’s add some code to change the percentage at runtime. Modify the ProgressBar’s CustomActivity as follows:

If you run the game you can change the progress bar by holding down the left and right arrow keys.