This tutorial is an introduction to making games with FlatRedBall. It covers using the FlatRedBall Editor and writing code in C#. The FlatRedBall Editor is a program which helps with the creation and organization of game projects. We’ll be exploring its features by creating a game called Beefball – a multiplayer competitive game similar to air hockey.

When finished our game will have two circles, each movable with either the keyboard or an Xbox controller, and a smaller circle which each player can use to earn points.

The first step in any game project is to open up GlueFormsCore (this is the executable name for the FlatRedBall Editor). If you’ve downloaded and unzipped the FRBDK.zip file, then you should already have this on your machine. Unzip the file, open the Xna 4 Tools folder, and run GlueFormsCore.exe. If you haven’t yet downloaded the FRBDK.zip file, you can get it from the Download page.

The latest FlatRedBall template will be downloaded, so your project will be running against the newest version available.

Now that you’ve made a project, FlatRedBall will remember this and automatically open it for you next time it is started.

Opening and Running your project You can also open the project in visual studio by opening the .sln file. The project folder can be opened by clicking the folder icon in the task bar. This will open the location of the .csproj file, which is one folder below the .sln file. The following animation shows how to navigate to the solution:

When you double-click the .sln file you may see a window like this: 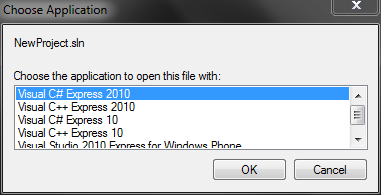 If so you will want to select the version of Visual Studio that is compatible with the type of project you are running. At the time of this writing, Visual Studio 2019 is the most common version to use with FlatRedBall.

Once Visual Studio is open, you can run your project by pressing the green “play” button, or by pressing F5 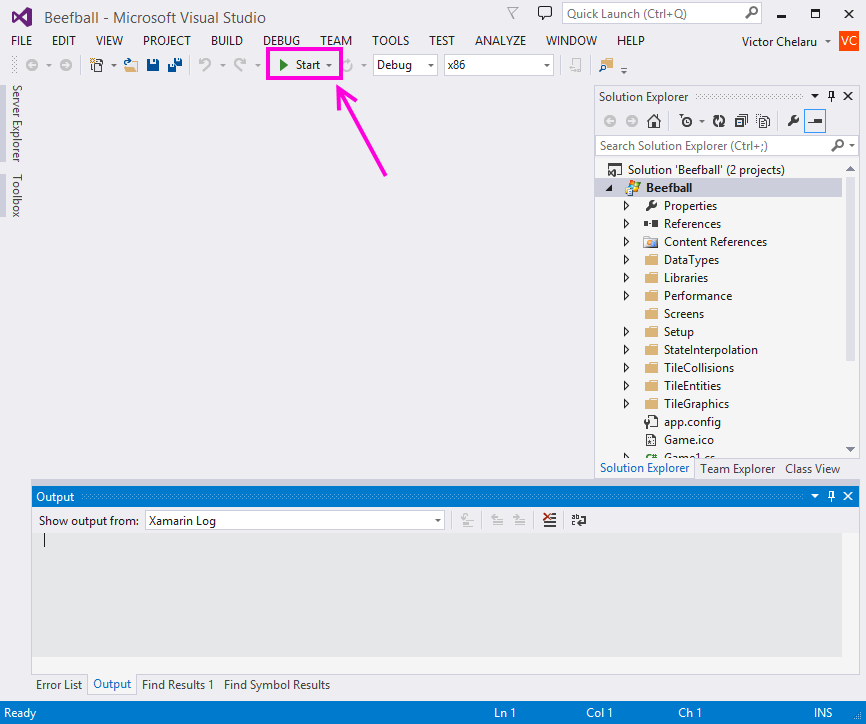 Your game should run if all prerequisites have been properly installed. You should see a blank game That was easy! So far you have a fully-functional game using FlatRedBall. The next tutorial will cover making our first Entity.