A “State” represents zero or more variables which can be set at once either in Glue or in code. States have two main purposes:

How to create States

States are easy to create, but this tutorial will provide a real-world example of how to work with states. Therefore, we’ll work with the Button entity from the AnimationChain tutorial.

To add a state:

Now you have 3 states, but these states don’t do anything yet. We need to make each one set the appropriate AnimationChain.

To make a State set variables:

Now you have states which can be used in Glue and in code to change the State of any object.

Objects with states will by default not use these states when they are created. However, you can set the starting state for objects through Glue. We’ll assume that you still have a Screen which contains a 2D Layer. In this tutoria, we’ll use the “GameScreen” Screen. We’ll empty it out so it only contains the objects relevant for this tutorial (a 2D Layer for starters).

At this point if you run your game you should see the button in the middle of the screen. 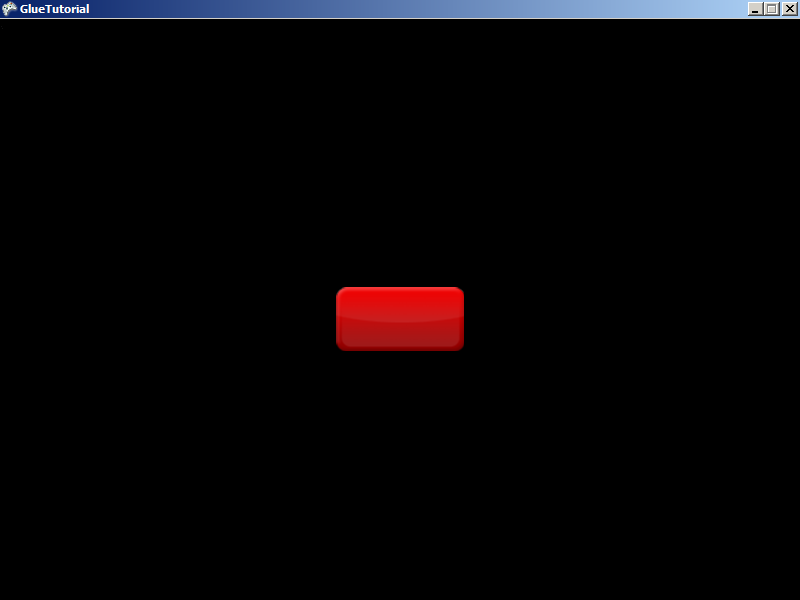 Now that you have a Button instance, you can set its default state. To do this, simply change the “Current State” property in Glue: 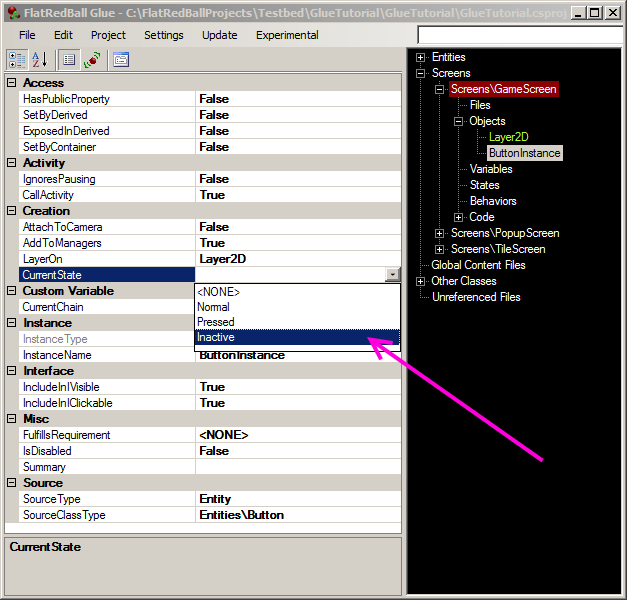 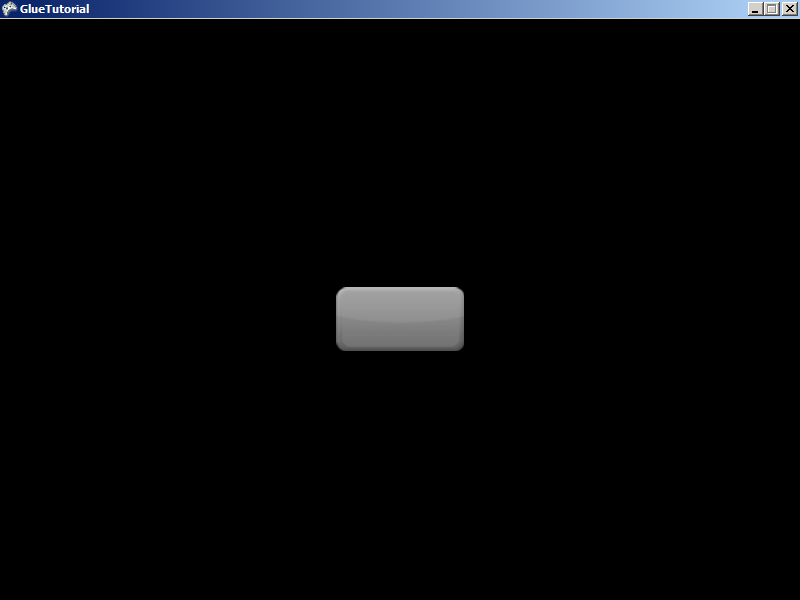 Wait, why did we go through all of that trouble?

You may be wondering why you went through the trouble of setting up states for an AnimationChain. Will it really save much time? The answer would be no if you were only going to set the AnimationChain and if it were going to never be changed in code (as we’ll show below for programmers). However, it’s likely that the state will change in code – very likely for something like a button which needs to react to being pressed.

In other words, states can help abstract the setting of one or more variables, and they can also make a programmer’s job much easier. If you’re a programmer, read on.

How to set States in code

States are very convenient in code. One reason is because they let you abstract what an actual state does away from the logic that controls it. In other words, you can simply set a Button’s state according to whether the cursor has pressed on it or if it is disabled – and that’s all you have to worry about. The design team (or you at a later time) can worry about what it actually means to be “Inactive” or “Pressed”.

However, States are also very handy because they generate enumerations and a CurrentState property. You can check it yourself in code: 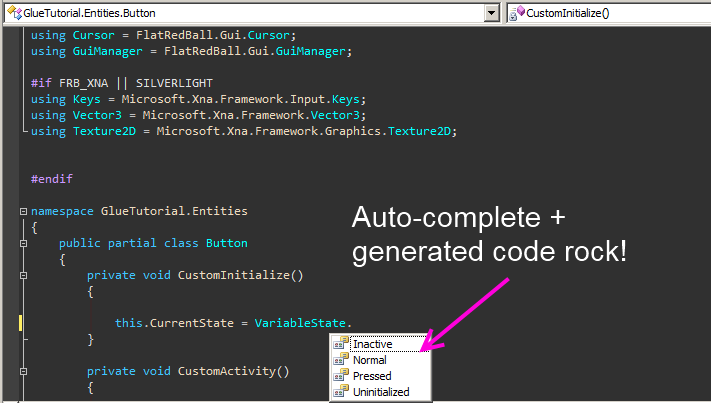 Thinking about States as “variable groups”

So far we’ve been talking about states as being mutually exclusive. In other words, if the Button above sets its State as “Normal”, then later sets it as “Inactive”, then nothing from the Normal state persists. However, this is because the three states we used above all set the Sprite’s CurrentChain property. Therefore, when any State was set, it would override the old state. The next example will show that states can be used to set variables which do not have to be overridden by other states.

Now we can think about the variable states we have in two categories:

In practice having states that can “coexist” is very common. When this happens, states will usually group together according to the variables they set without you (the creator of the states) even thinking about it!

In this particular case the Position States are States which are set when the Button is first created, while the Clicking States are States which can change in the code. Therefore, in practice you would probably want to set the CurrentState on any Button instance to one of the Position States, and the other States would be set in code. To see this in action, try creating a second Button instance and setting its “Current State” to “RightSide”, then changing the other Button instance’s “Current State” to “LeftSide”. 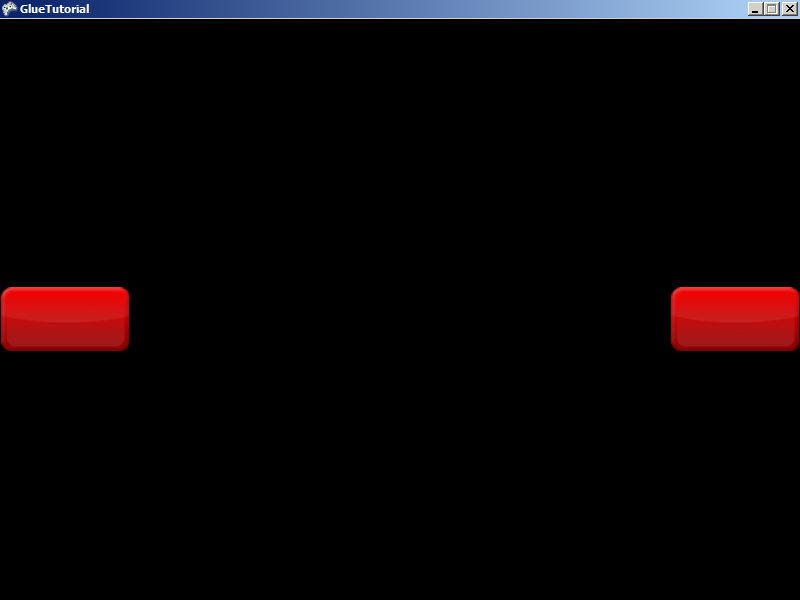