The Farseer Physics Engine is a physics engine (as the name implies) written in C#. It is directed toward use with XNA and Silverlight, but it can be used with any .NET application. It is a common choice for expanding the physics capabilities of FlatRedBall.

Unfortunately the tutorial support for Farseer (at the time of this writing) is a little lacking. However, once the basic behavior is set up, following the samples provided on the Farseer site (with the downloaded .zip below) is not too difficult.

In general, the following must be done to set up Farseer:

Fortunately, the interaction between FlatRedBall and Farseer is fairly straight-forward. At a high level, all that needs to happen once the Farseer physics is set up is PositionedObjects need to be updated according to the farseer positions and rotations.

Farseer can be found at the following address:

The unzipped file contains the necessary .cs files as well as the project file which you can add to your game’s solution.

Assuming you have an already-created project that links to FlatRedBall, perform the following steps to add Farseer:

Rebuild to make sure that everything is set up correctly.

The following code example sets up a simple Farseer environment, then adds two FlatRedBall objects which will serve as the visible representation for these Farseer objects. We are currently using Farseer version 3.3.1.

Add the following to Initialize after inititalizing FlatRedBall:

Add the following to Update: 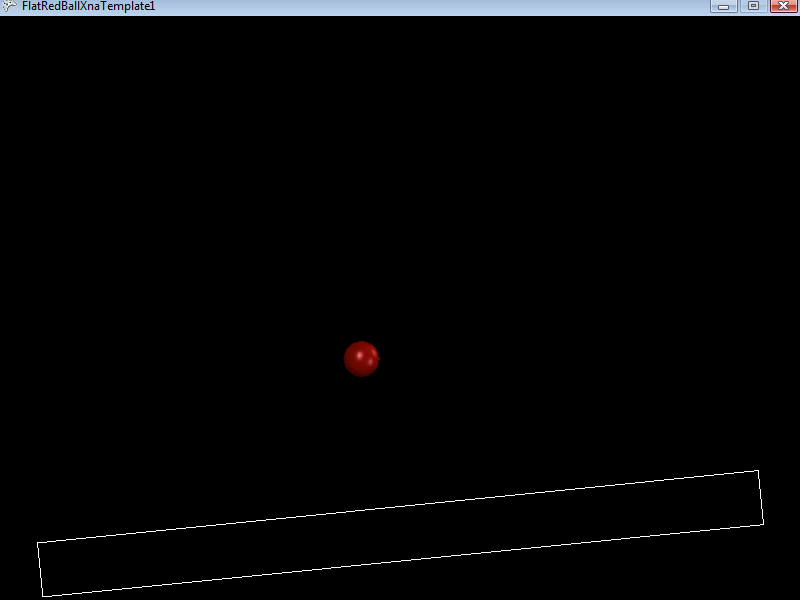 The full example can be downloaded here.

If you’re familiar with the default 3D FlatRedBall Camera then you know that one unit does not necessarily equal one pixel. So, you may be wondering how Farseer units line up with FlatRedBall units. Unless you use the debug drawing for Farseer, the units in Farseer have absolutely no connection to any rendering. That means that you as the user can define what the relationship should be between FlatRedBall units and Farseer units. The simplest relationship is one where the units reflect each other with no conversion.

In other words, by default the units will automatically line up perfectly. In the example above, the mBallSprite and mPlatformPolygon objects are simply positioned to the same position as the Farseer Body objects. Similarly, rotation values also line up perfectly since Farseer uses radians just like FlatRedBall.

Farseer and different versions of XNA

If you are seeing a message that says: 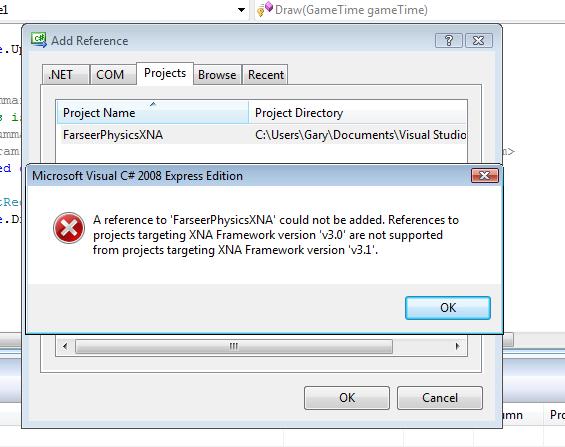 You may be able to resolve this problem by either upgrading the Farseer project that you are referencing (if you are using the source code) or simply linking to the prebuilt DLLs. For more information, see this thread on our forums.