The CreatesEvent property is a property which controls whether a Screen or Entity will raise an event whenever a given variable is set. For example, you may want to update a health bar object any time a Player’s CurrentHealth variable is set.

For this tutorial I’ll use a Width variable that we’ll create:

Now that the Width variable has been created, let’s make an event for whenever the variable is set. You can do this one of two ways:

Setting CreatesEvent in the Variable’s properties

Instead of drag+dropping, you can manually set up the event through Glue as follows:

Once a variable has its CreatesEvent set to true, you will need to tell Glue to create a function that will be called when this variable is set (the drag+drop method shown above automatically does this for you). To do this:

If this is the first event you have created for the selected Screen/Entity, Glue may notify you that it has created a new file. The file will be called

You can now code the contents of the event in Glue, or in Visual Studio.

To edit the code in Glue, select the event in Glue and a code window will appear: 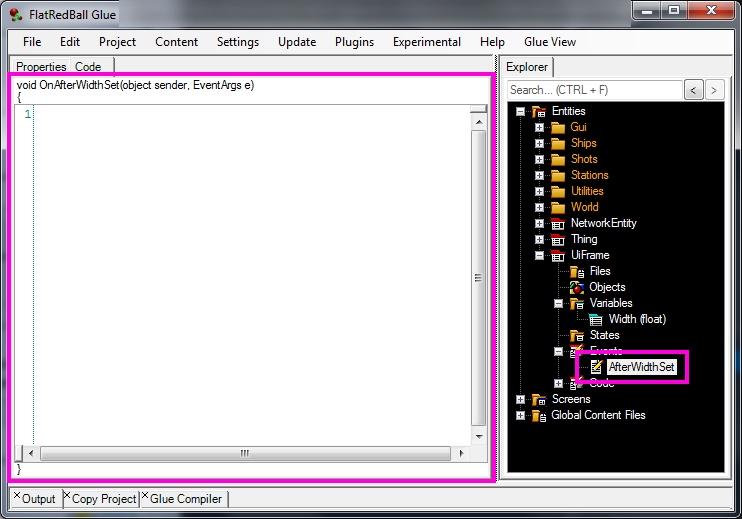 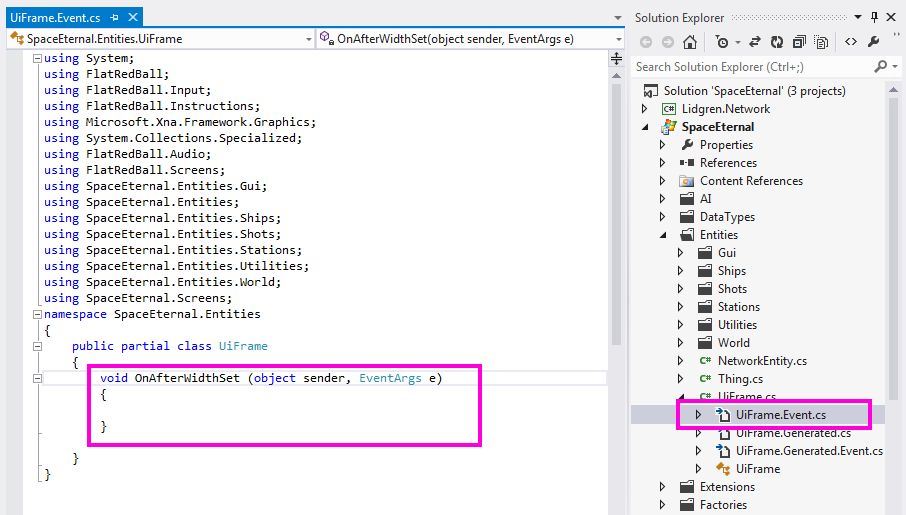 GlueView has a built-in code parser/interpreter. Therefore, if you write event code in Glue or Visual Studio, GlueView will automatically parse and apply the event code in real time.

To see this, first we’ll create an AxisAlignedRectangle in Glue: 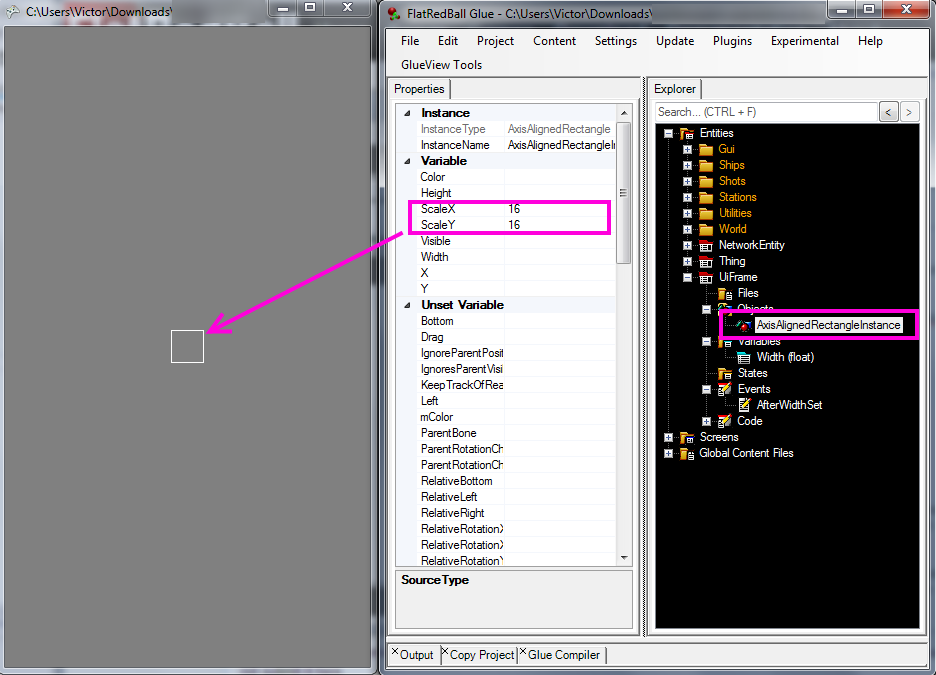 Next we’ll add some code to modify the AxisAlignedRectangle when Width is set. To do this:

Note that the steps above are all that is necessary to create an event and use it in custom code. However, since events created by Glue are actually events ( the C# keyword ), you can use the created events in your custom code inside the object that defines the event, or you can += the event on any instance.

If you expose the event, then you simply have to open the ELEMENTNAME.Event.cs file to code right in the event. Or you can += it in custom code.

In custom code simply += a method as shown in the following: