Objects in Glue which reference files can either represent a part of a file (such as a Sprite in a Scene) or the entire file itself. Using the “entire file” option can make it easier to maintain as no changes are required on the Glue side when objects are added or removed from a file.

The “entire file” option is often used in entities, which require files to be added as objects before they will show up in game.

The following steps can be used to create an entire file from a .emix (Emitter List) file. It assumes that the Entity already has an .emix file:

Objects using the “entire” option behave slightly differently than normal objects. If two named objects reference the same item in a file, then the Entity will receive two copies of that item. However, if one named object references the entire file, and another Entity references an item from inside that file, the second will reference an item in the first, instead of making its own copy. If this is confusing, let’s take a look at an example.

We’ll start with an Entity called “Button” which has a Scene. This Scene may contain any number of objects – a frame for the Button, a highlight Sprite which turns on/off, a Text object, a drop shadow, and so on. 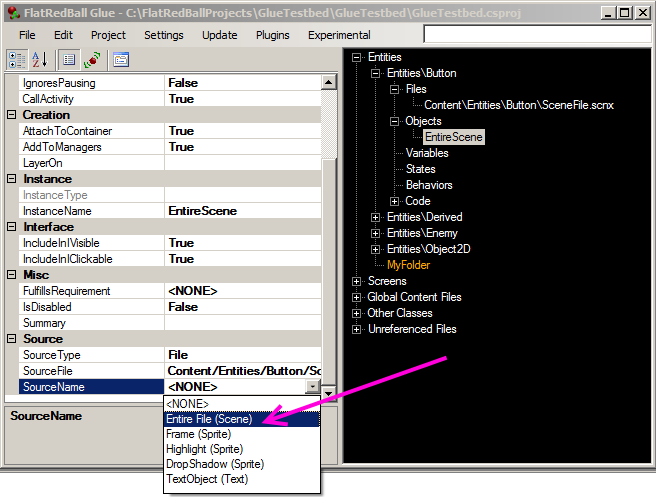 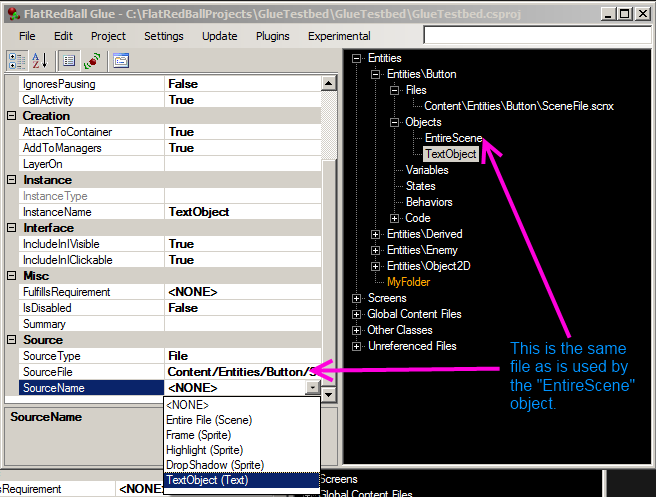 Now you can create variables and states using the new TextObject, and even use it in code.

If you open the generated code file you’ll see that the TextObject comes from the EntireScene object: