This method is called per Entity if it hasn’t been called for that entity ever, or if the content manager that was used when it was called last has since been unloaded.

Therefore, CustomLoadStaticContent isn’t required, but it is often useful for making your game transition between Screens without appearing to freeze. 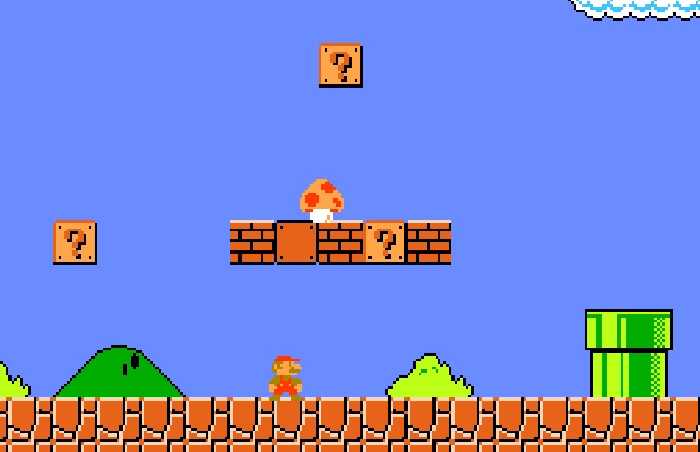 Conceptually speaking, there are two possible times when the files for the Mushroom Entity can be loaded:

When content is pre-loaded, it will be loaded on a secondary thread, so if you are using loading screens, you will not notice a freeze in frame rate. However, if your content is lazy loaded, then you will likely notice a jump in frame rate. The purpose of CustomLoadStaticContent is to perform pre-loading on content that would normally be lazy loaded.

Glue will automatically pre-load content that is added to a Screen (unless it is marked as LoadedOnlyWhenReferenced), so in most cases you will not need to use this method. The CustomLoadStaticContent can be useful in situations where Glue does not know if it should load Content, or if the content that should be loaded initially is not loaded until later because Glue does not know if the content is used.

Glue will automatically load static content for Entities which are added as instances to a Screen (or another Entity). For example, consider a situation where you have created a Screen called GameScreen and an Entity called Player. If you add an instance of the Player Entity in the GameScreen through the Glue UI, Glue will recognize that it should load static content on the Player class.

But instead let’s say you add an instance of Player to your custom code as follows:

In this case, Glue won’t know that you are creating a Player instance when it generates code – it doesn’t read your custom code when creating generated code. Therefore, it doesn’t know that it should load the static content for Player.

Therefore, when the Player is instantiated in CustomInitialize (or any place in custom code) the game frame rate may jump slightly. If you are using async loading screens, then the player will no get loaded in the loading screen. This can cause pops or even cause your game to freeze for extended periods of time depending on how much content is being loaded.

Let’s say you have an Entity called Enemy and you add a PositionedObjectList<Enemy> to your GameScreen. In this situation you may intend to populate this list by code or CSV or some other method; however, unless instances are explicitly added to this PositionedObjectList in the Glue UI, Glue doesn’t know if you will ever actually instantiate any Enemies or not. Therefore, to save memory Glue will not load the Enemy’s static content automatically. Of course this isn’t terrible behavior: If you never instantiate an Enemy then you have saved that memory, and if you do then the first Enemy instance that is created will lazy load. You may not notice this at all if the first instance is created in the Screen’s CustomInitialize code, or if it is created after but the load time is very quick.

Of course as hinted above, there are two problems:

These issues can easily be fixed by simply calling LoadStaticContent on the Enemy type as follows:
private static void CustomLoadStaticContent(string contentManagerName)
{

That’s all there is to it! Doing this will:

You may be working on a game where content is optionally loaded. Keep in mind that CustomLoadStaticContent is a static method, so you will not have access to the Screen’s instance members in this method. However, if you have information that is available globally (such as in GlobalData) you can access it here to perform custom loading. For example, you may know that you will only use the “Orc” class in the OrcLevel and the “Troll” class in the TrollLevel. Therefore you could write code in your GameScreen’s CustomLoadStaticContent as follows:

Glue supports optionally loaded content through the use of the LoadedOnlyWhenReferenced property. This property indicates that a particular piece of content should create a getter property, and the content should be loaded the first time the getter is accessed.

This feature is often used when creating Entities which may use any number of pieces of content. For example, a racing game may have a large number of pieces of content (ultimately stored in .scnx files). Your game’s load times may be extremely long and you may even run out of memory if you load all content that may be referenced by your Car Entity. LoadedOnlyWhenReferenced can eliminate this problem.

To continue the example above, let’s say that your Car Entity has three .scnx files which are LoadedOnlyWhenReferenced. The names for these three are:

We’ll also assume that you have a PlayerSave instance in GlobalContent which indicates which Scene to load, as follows. In this case you would have enough information to pre-load the given Car that is needed as follows:

Notice that there is no need to keep track of the throwAwayScene – simply using the getter will load the content so that when the Car instantiates itself later, the content it needs will already be loaded.

Example 4: Instantiate without adding to managers

Some objects may take some time to instantiate, but not because they load files but rather because they require significant up-front processing. The CustomLoadStaticContent method can be used to do this on a secondary thread. However there are a few requirements which must be met for this to be possible:

If you are instantiating an Entity, then the 2nd requirement (instantiation without adding to managers) will be met for you automatically. If you have constructed your own object, then you should consider having separate Initialize and AddToManagers methods.

We’ll assume that the object being added is of type LargeEntityObject. To instantiate this in CustomLoadStaticcontent: