The OrderedSortType property controls how Sprites are ordered when they are drawn. Z Buffered Sprites do not use this property when drawing.

The following code sets the SpriteManager’s OrderedSortType to sort by distance from camera:

The following code creates 10 Sprites, rotates them on the X axis, and sizes them to be a little larger so they overlap. Setting the OrderedSortType to DistanceFromCamera results in the Sprites overlapping properly whether the Camera is above or below the Sprites. 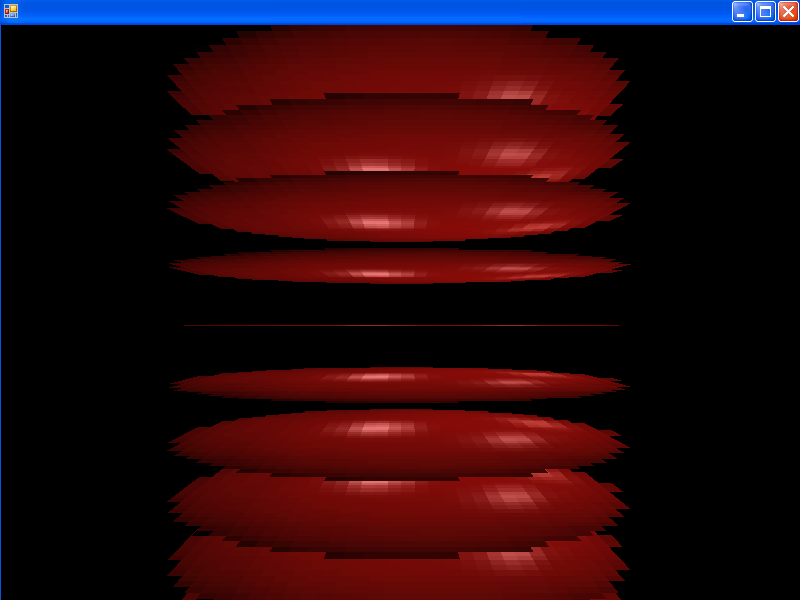 The default OrderedSortType is SortType.Z. This sort type will result in Sprites overlapping incorrectly with the above example. To see the difference, replace the above code with: 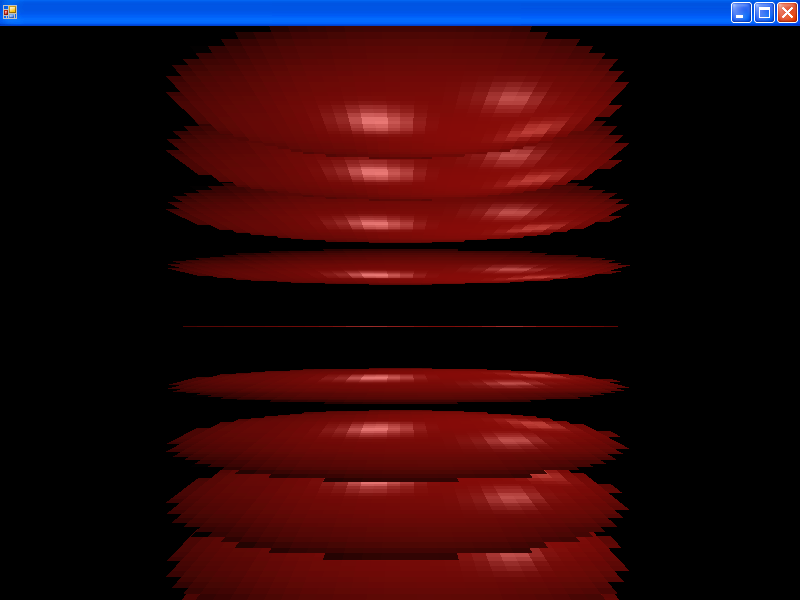 Since all Sprites have an equal Z value (default of 0), then they are drawn in the order that they were added to the SpriteManager; from bottom-up. That means that the Sprites seen from below (at the top of the screen) will appear to overlap incorrectly.

The SortType.CustomComparer allows you to define custom sorting logic for your Sprites. The following shows how to create and use an IComparer that sorts all ordered Sprites along their X axis: 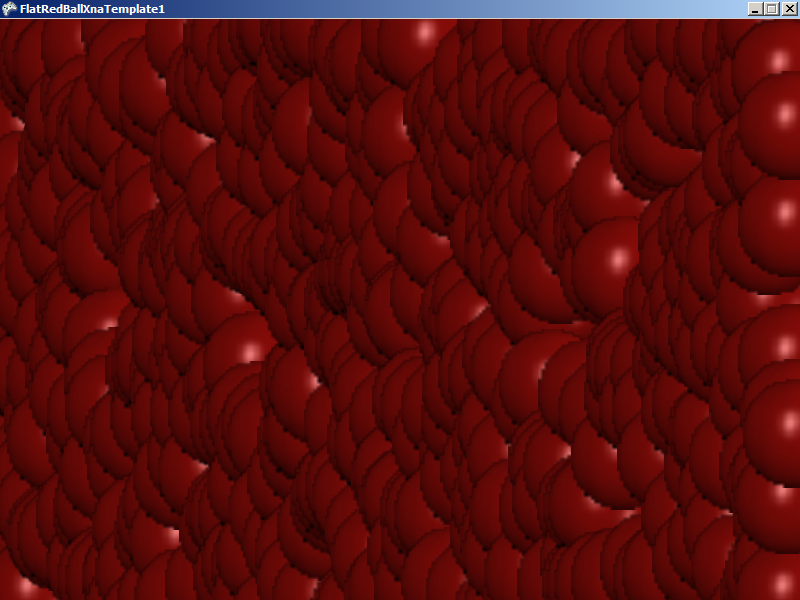 The ZSecondaryParentY sort type is useful for top down and 3/4 view games. It allows moving objects (such as character entities) to be sorted based on their Y.

For Sprites, the sorting is performed according to the sprite’s parent. This allows sorting to be performed at a point other than the Sprite’s origin (center) for more natural sorting. For example, consider a game with units with different sizes. In this situation, developers are advised to align the Sprite objects to the bottom of the entity. For example, the red X marks the origin of the entity:

If these origins are used, then units will sort properly according to where they are “standing” as shown in the following image:

The name ZSecondaryParentY suggests that objects are sorted by their Z value, then secondarily by their parents’ Y value. Using a parent object (such as an entity) to control the sorting of a Sprite is useful (as shown above). Although IDrawableBatch implementations can have parents (especially if inheriting PositionedObject), IDrawableBatches are not required to have a parent. Therefore, the secondary sorting for IDrawableBatch instances is done by the Y property. While this limitation prevents using entities to set the origin of an IDrawableBatch, this can be resolved by offsetting the rendering of an IDrawableBatch so that its position marks its bottom.

Furthermore, IDrawableBatch instances and Sprite will sort within the same category using Y values, but then Sprite vs. IDrawableBatch rendering is only performed by the Z value, even if the sort type is set to ZSecondaryParentY.

For simple games (or on faster platforms) the OrderedSortType will not have much impact on performance. However, it may be useful to adjust your sort type if possible for performance if you suspect that the sort type is impacting your frame rate.

The fastest sort type is OrderedSortType.Z. This is a stable sorting algorithm performing O(n) operations, and each operation is simply a comparison of Z values.

The next fastest is OrderedSortType.ZSecondaryParentY which is a stable sorting algorithm which performs simple comparisons, but it must do two passes to sort first along Z, then along the Parent Y.

The slowest sort type is OrderedSortType.DistanceAlongForwardVector. Due to floating point errors this is not guaranteed to be a stable sort which hurts its performance. It must also perform numerous math operations per Sprite prior to performing sorting so it can be expensive.