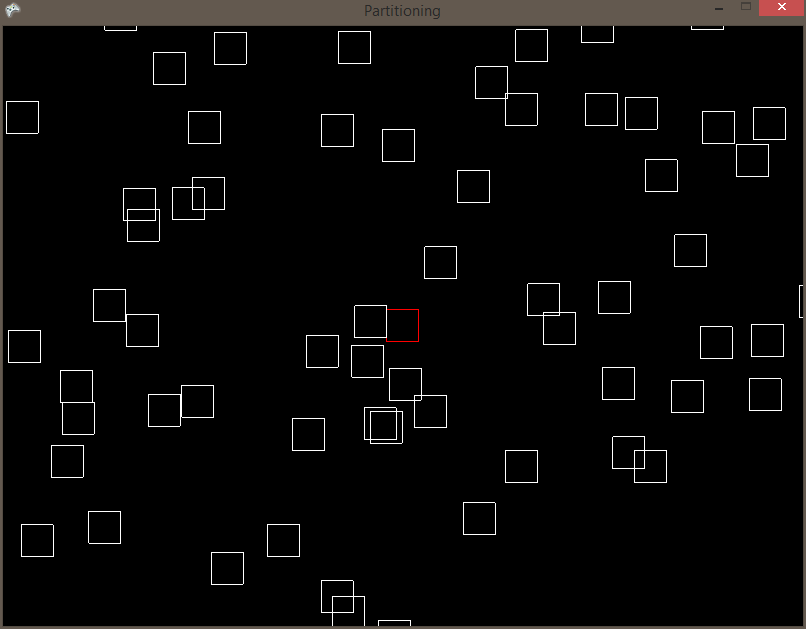 The example above shows how to use CollideAgainstMove with the optional partitioning arguments. To recap, to perform partitioned collision, the following are required:

The benefit of this call is that it is considerably faster than simply calling CollideAgainstMove. The downside is that it requires some setup (calling the two functions), and maintenance (calling the two functions again if anything changes). Keep in mind that CalculateAllMaxRadii and SortAscending can be expensive functions for large ShapeCollections, so this method of collision is most effective when the ShapeCollection does not change at all, or if it changes very infrequently.

The number of rectangles in this sample is limited to 5000, but this number could likely be increased to to be much higher. It is very likely that a program with a larger number of rectangles would experience slowdown from rendering the rectangles before it would experience any slowdown on collision due to the efficiency of the partitioned CollideAgainstMove method. If the rectangles were invisible, then the number could go very high without any performance problems.