These are all PositionedObjectLists which can be accessed like regular lists. You can add and remove elements from these lists as well as modify the individual members inside the lists.

If your need to perform special actions on all elements in a ShapeCollection you can do the following:

The following code loads a .shcx file into memory, adds all contained shapes to the ShapeManager. If you are using Glue you can add ShapeCollections to Screens and Entities just like other files. For an example on how to add a ShapeCollection to Glue, see the Beefball tutorial on creating Screen collisions. 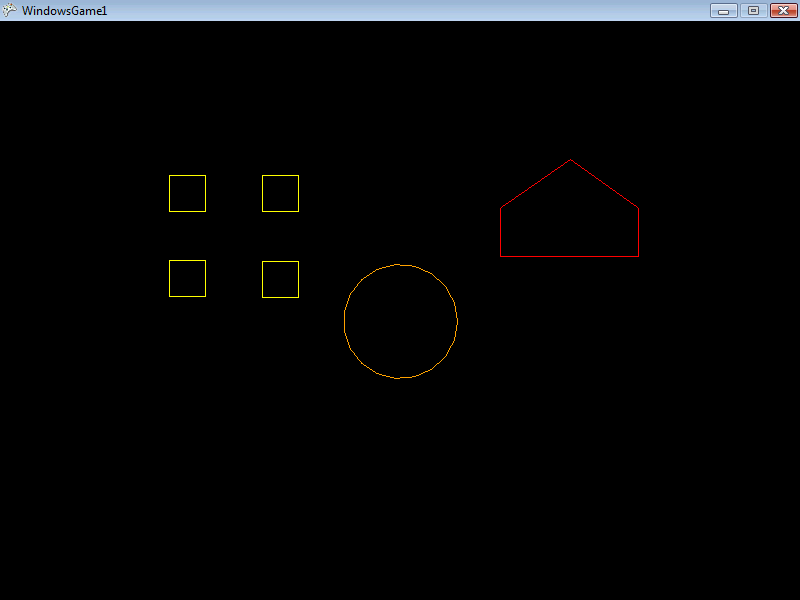 All shapes in the ShapeCollection can be accessed through its member lists. The available lists are:

The ShapeCollection can be thought of as a container for all of these lists. Therefore, you can use the individual lists to do anything you would do with a normal list such as: