The PauseEngine method can be used to freeze all velocity, rate, and acceleration, properties as well as delay all Instructions that belong to objects managed by engine managers. Calling PauseEngine and UnpauseEngine will temporarily stop then resume nearly all behavior for objects which are managed by the FlatRedBall, and in many cases is all that is necessary to implement pause functionality.

The PauseEngine method is used by the PauseThisScreen method in the Screen class.

Also keep in mind that any behavior which is not dependent on properties managed by the engine or dependent on Instructions must be manually controlled when implementing Pausing functionality.

The following code creates an Emitter which emits Sprites. The sprites have velocity, rate, and acceleration methods set. Despite the complex behavior of the Sprites, a simple call to PauseEngine stops all behavior. Similarly, calling UnpauseEngine resumes all behavior as expected.

Notice that the TimedEmit is a method which is explicitly called in the Update method. Since it is not managed by the engine, it must manually be called only when the program is not stopped.

Add the following in Initialize after initializing FlatRedBall:

Add the following in Update: 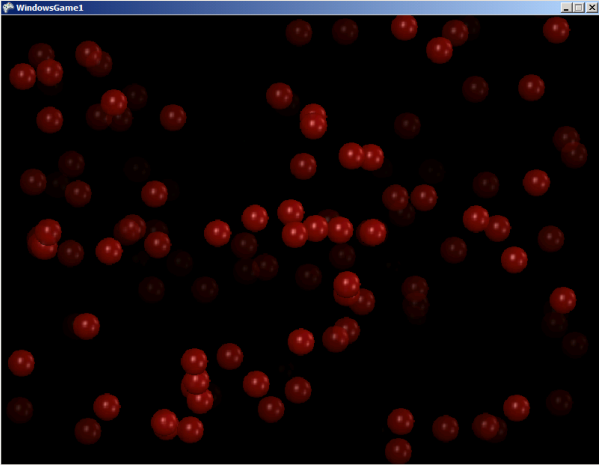 The PauseEngine method was written to work well with Screens. The PauseEngine does not turn off engine management – this is done so that any menu that appears while paused (allowing the user to restart or unpause) will still have its usual updates called. Therefore, the order for pausing and unpausing should be as follows:

The removal of the PauseEngine and calling of UnpauseEngine does not necessarily have to be performed in this order, but it is conceptually clean to treat these events as a stack and “remove off of the top”.