The RenderTargetRenderer is a class which can be used to greatly increase the performance of FlatRedBall games which present complex scenes which never or rarely change. For static scenes a RenderTargetRenderer allows for near infinite complexity – specifically it allows for a very large number of visual elements to be drawn with almost no slowdown.

Also, the RenderTargetRenderer is an easy way to render to a RenderTarget for post-processing.

This example will show how to render a very large number of Entities with essentially no slowdown. To set up the project:

Before we add anything to the game we’ll want to turn off any framerate throttling so we can see actual performance differences. To do this open Game1.cs and add the following code to the Game1 constructor:

Next we’ll add code to our GameScreen. To do this, open the GameScreen.cs file and modify the CustomInitialize and CustomActivity methods as follows:

This results in the game running around 7 frames per second (on my hardware at the time of this writing): 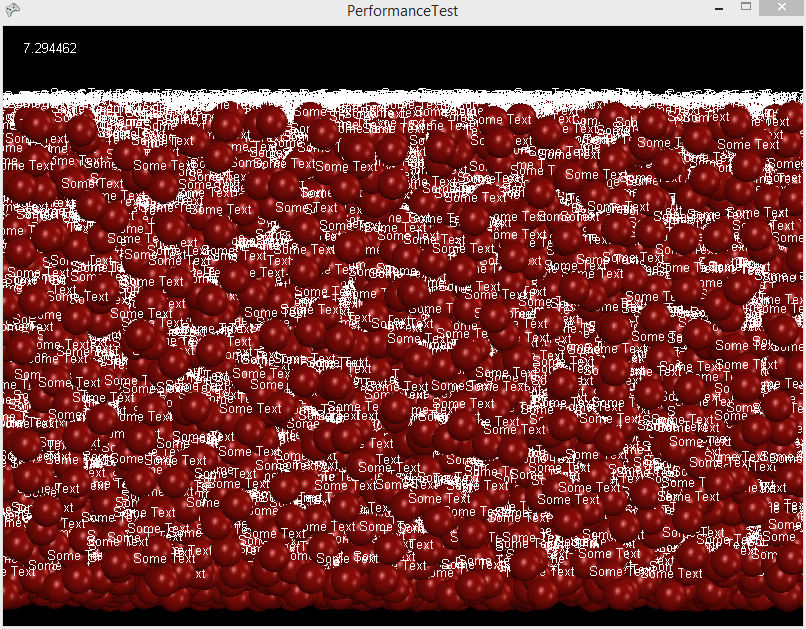 Notice that the entities are converted to being manually updated, which reduces the update load significantly. The low frame rate in this case comes almost purely from rendering. For more information on ConvertToManuallyUpdated, see this page.

In this case we’ll assume that once the Entities have been placed they will not need to move or change otherwise. We can therefore take a “snapshot” of the screen using the RenderTargetRenderer and improve the performance significantly.

Since the RenderTargetRender only creates a Texture2D, we will need to create an object to display it. To do this:

Now we can switch to code to create a Texture2D for the Sprite. To do this, replace the CustomInitialize function with the following:

The result is a much higher framerate which fluctuated into the 2000’s:

The example above shows how to perform a single render for all visuals and then to reuse that in a regular FRB Sprite for maximum performance. Of course, if the entities were being created only for a single render then we would want to destroy the entities after the render was finished.

The CustomInitialize would be modified as follows:

The immediate destruction of the entities does not necessarily boost frame rate, but it does remove objects from the game which can reduce ram usage.

The full code example for using ReRender is as follows:

Since all objects receive a full update after rotation, updates can be expensive. However once updates are complete the game resumes at full framerate: 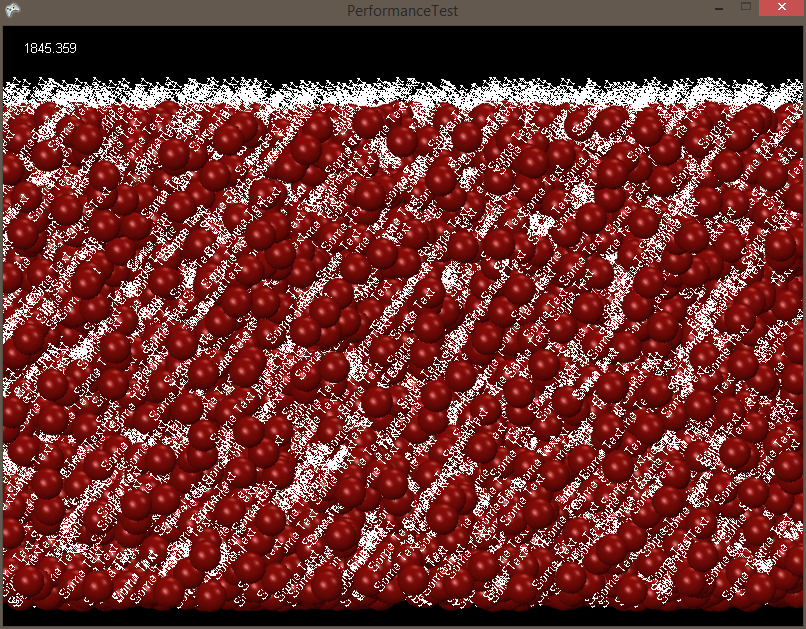 Now anything that is added to that Layer will be part of the RenderTargetRenderer.